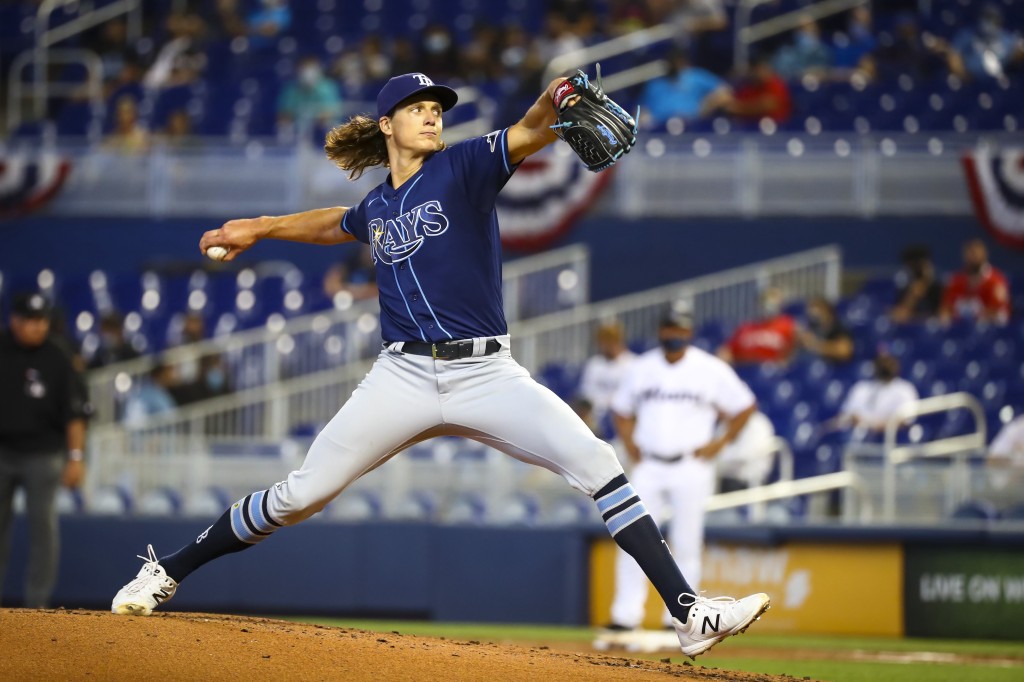 Tyler Glasnow (center) might have been the story of the series after his injury, but there was much more to unpack in this Rays/White Sox series. (Will Vragovic/Tampa Bay Rays)

After being down 7-2 in Wednesday’s series finale against the Chicago White Sox, the Tampa Bay Rays seemed down and out.

It was getaway day on the southside of Chicago, and it didn’t seem like the Rays were really in the game to start, leaving starter Ryan Yarbrough out to dry as he would give up seven runs, five of them earned, in 6.1 innings of work.

This series started out hot for Tampa Bay, winning 5-2 in the series opener on Monday, but in that game, things took a turn for the worst as Tyler Glasnow left the game early after just four innings.

We would later find out on Tuesday that an MRI revealed a partially torn UCL in his pitching elbow, meaning Glasnow will be out for a significant period of time.

Tuesday’s game was a forgettable one, a 3-0 shutout loss, which left Wednesday as the series decider, the rubber match.

Through four innings, it was all White Sox, with the Rays falling into a 4-0 hole, which turned into a 7-2 hole after the fifth. Then, Tampa Bay just started chipping away at the lead, coming all the way back to tie the game with a Manny Margot RBI double in the eighth.

Unfortunately, while the Rays had opportunities late, they were unable to execute as the White Sox would win, 8-7, in 10 innings.

It seemed like this series took an immediate 180 degree turn once the news about Glasnow came out, and that certainly might be true. However, after 14 innings of deflating baseball, including all of Tuesday and the first five innings of Wednesday, the Rays turned back into the team that took the series opener on Monday.

This White Sox team is now the best team in baseball for a reason and this series lived up to the hype of being exciting and competitive, though it flew under the radar of most considering no game was on national television.

While the Sox were undoubtedly good, the Rays were their equals and had Glasnow not gotten hurt on Monday, this series might have been a clean sweep, but taking one of three will do for right now.

The Rays might have lost the series, but they didn’t lose it without going down fighting, something to keep an eye out for down the road. They also saw great offensive series from Austin Meadows, Brandon Lowe and a home run from Mike Zunino in the series finale.

Zunino has been struggling in recent games to find his stride from earlier this season, but hopefully that home run will be the catalyst for an offensive tear.

The main problem that the Rays now face is how to replace their ace. Glasnow was on track to put up Cy Young-caliber numbers, but this team will need to find ways to fill his spot in the rotation.

If any team were to face this problem, the Rays are the best-equipped to overcome it, so expect plenty of arms to come up from Triple-A, but expect the unexpected. The Rays are unconventional, so anything could happen.

Overall, the Rays now sit at 43-26, just a game up on the Boston Red Sox in the AL East, and they’ll look to right the ship with a four-game series in Seattle starting on Thursday.